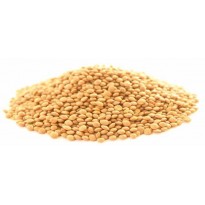 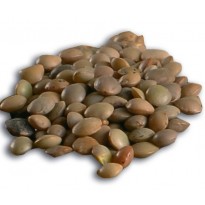 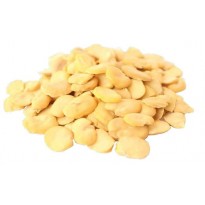 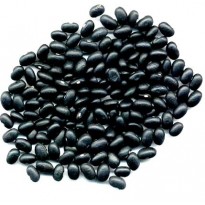 Tenuta delle Terre Nere is located in Sicily, on the northern slopes of the Etna Volcano. The estate is made up of roughly 20-21 hectares, of which 15 are vineyards. Roughly 4.5 of these have been uprooted (in the Calderara cru) and will be replanted by 2007, having let the soil "rest". Two vineyards, for a total of roughly 11-12 hectares are in the Calderara Cru. 1.5 hectares of Calderara is prephylloxera, the rest (which has not been uprooted) is about 40-50 years old. The trellessing is "en goblet" or self standing, but in wide spacing: 2.2 x 1 meters. The elevation here is between 650 and 700 meters above sea level.

Two vineyards are in the Guardiola Cru, for a total of 2.1 hectares. Both are 60-90 years old, except for replanted vines. 450 vines were replanted in Guardiola in 2005. Training is en goblet 1 x 1 meter tight traditional spacing, steep and terraced, which means the vineyards have to be worked by hand. The elevation here is 800 to 900 meters above sea level. Above 1,000 meters, perfect ripening is uncertain for red grapes, but still vineyards are planted at these altitudes. In any case, these are the highest altitude red grape vineyards in the "old world"! Two vineyards are in the "Feudo di Mezzo" cru, for a total of 1.35 hectares. The vineyards are terraced, but not as steeply as the Guardiola vineyard. The vines are en goblet, roughly 1 x 1 meter spacing. The soil here is a blend of volcanic ash and volcanic sand, quite unusual in this area. The vines' average age is probably around 60-80 years old. 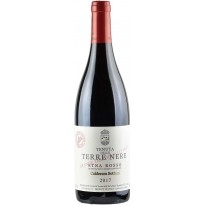 Calderara Sottana is a single vineyard wine produced only from vineyards between 50-100 years old. Of all our single vineyard wines it is perhaps the most complete: much like a wide angle lens encompasses the most ample panorama, so Calderara seems to contain and display the widest spectrum of flavors, bouquets, nuances. 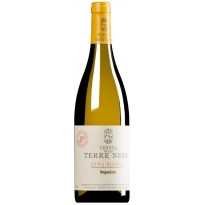 Etna Bianco DOC Superiore of Tenuta delle Terre Nere is produced from Carricante grapes in Milo, a territory suitable for the production of Superiori whites thanks to the perfect combination of altitude, climate and exposure to the sun. It is a sharp, slender, austere and aristocratic wine.
€45.00 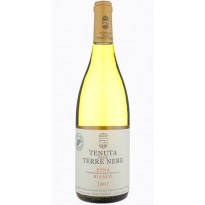 Etna Bianco by Tenuta delle Terre Nere is a Sicilian white wine born from the assembly of 5 Sicilian native vines: Carricante in prevalence, Catarratto, Inzolia, Grecanico and Minnella. All from old vines. A perfect, delicious and versatile wine.
€21.80 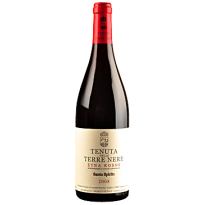 Out-of-Stock
Made from very fine Nerello Mascalese and Nerello Cappuccio from low yielding vineyards (35 Hl. Per hectar), both young and old. 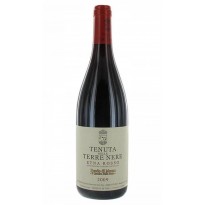 Out-of-Stock
Feudo di Mezzo is the largest cru in the appellation, a homogenous character, but with clear qualitative variations – much like one could say of Clos de Vougeot in Burgundy. From the best parcels – such as our “Quadro delle Rose” - it betrays a dusky character, autumnal tones in its cedary-spicy bouquet.
€42.70
Details View details 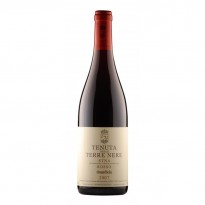 Among the crus of Tenuta delle Terre Nere, Guardiola is the one with the most powerful and original character. The high altitude of the vineyards, 800-1000 meters, and the consequent aridity of the soils exacerbate the acidity of the wine and accentuate its tannins. Therefore, it takes longer to relax and express itself. 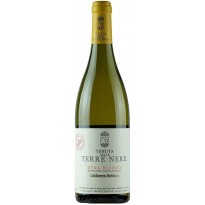 Produced from high quality Carricante grapes, Tenuta delle Terre Nere's Etna Bianco “Vigne Niche” Calderara Sottana is a cru from old and young vines. It is a wine of great complexity and longevity.
€45.00