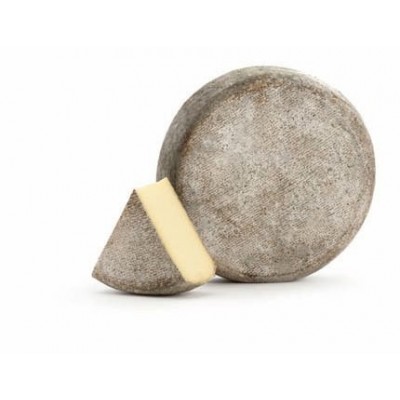 It is produced on the Sicani Mountains in south-central Sicily, from whole cow's milk. It is a raw cheese, soft and thin crust with mold native gray uniform. The dough is soft and compact, white; perfumes are milk and cream and the flavor is slightly acidic, with a sweet aftertaste and persistent. It is aged for sixty days in basement cellars of limestone on wooden shelves or holm oak.

It is produced on the Sicani Mountains in south-central Sicily, from whole cow's milk. It is a raw cheese, soft and thin crust with mold native gray uniform. The dough is soft and compact, white; perfumes are milk and cream and the flavor is slightly acidic, with a sweet aftertaste and persistent. It is aged for sixty days in basement cellars of limestone on wooden shelves or holm oak.

Only in periods of drought, characterized by the lack of spontaneous grazing, is an integration of the feeding in the barn carried out, using concentrates and hay.

It is in fact the only soft raw cheese, strongly characterized by native molds. The seasoning of Fiore Sicano takes place in special limestone environments with very thick walls and usually basements; the forms are placed on shelves of holm oak or oak, where the molds settle, among which the most important is of the genus Penicillium. This cheese, known mainly by the name of "tumazzu ri vacca" which literally translated means "cow tuma", like many other cheeses owes its origin to fate. The legend, in fact, tells how its first producer, due to an unforeseen event, was unable to complete the processing of the cheese as he had always done. In order not to throw away the "tuma" he put it into shape anyway, letting it mature for a long time. The dairyman, not believing he could use it anymore, neglected it, thus allowing the molds of the nearby fruit to settle in it. When he saw this mold covered with mold, he decided to throw it away; cutting the cheese, the producer was intrigued by the white and soft paste and so he decided to taste it, being surprised by the goodness of the taste.

Organoleptic characteristics: It has a thin, elastic gray-green rind, an unmistakable sign of the activity of native molds. The paste is soft, compact, milky white in color, tending to straw yellow as it ages. The flavor denotes a slight acidity with a sweet aftertaste that is not too intense. The smell is delicate, of milk and cream. It has good elasticity and deformability, poor adhesiveness accompanied by good solubility that make the product very palatable and easy to chew.

The cheese making process: Fiore Sicano is still produced today with the aid of ancient techniques and traditional equipment. The milk from two milkings is coagulated in a wooden vat, called “chiscuni”, at 37-39 ° C, with kid rennet paste, in a quantity of about 30 g per 100 liters of milk for about 60 minutes. To break the curd, a wooden patella is used, in Sicilian called “rotula”; a first break is made roughly and not very energetically. After about 3 minutes, a second, more energetic break is made, which reduces the curd to the size of rice grains. This is thus separated from the whey and is placed in special forms, on a wooden board to be then subjected to stewing, with ricotta sheet, for a time that can reach up to 1 hour, depending on the temperature of the environment, up to when the curd does not reach optimal acidification. After 24 hours the cheese is immersed in saturated brine. Salting: dry on the entire surface of the wheel; in exceptional cases, on the other hand, it is salted in saturated brine for a period of 10 hours for each kilogram of cheese. Seasoning: in the appropriate rooms described above, at a temperature between 9-13 ° C, R.H. 80-90%. The forms require a minimum of 60 days of maturation, reaching even 18-20 months; in this case the dough loses its softness but retains an excellent taste.

Special ingredients: formation of "Penicillum" molds on the rind. 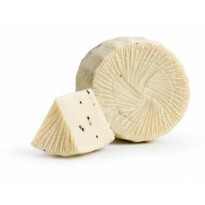 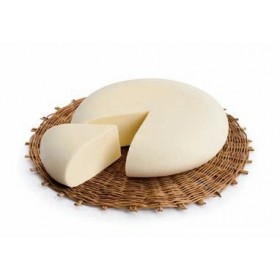 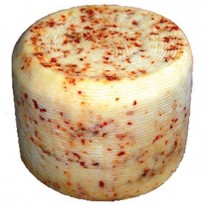 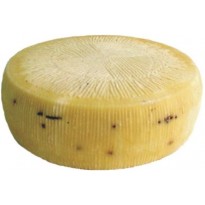 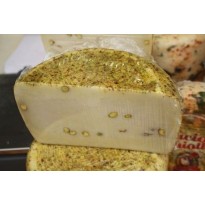 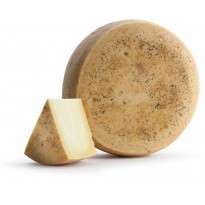 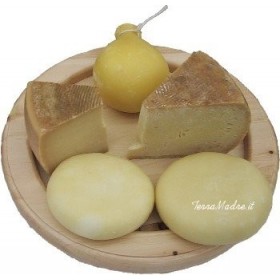 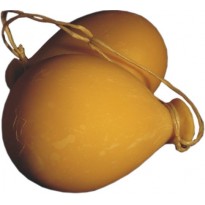 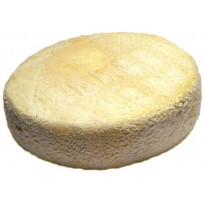 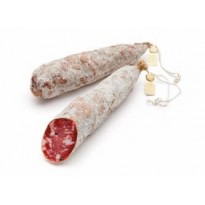 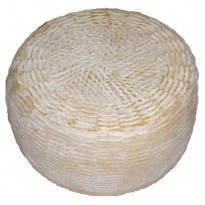 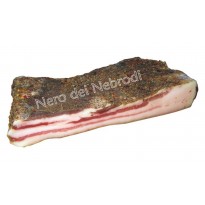 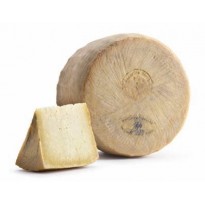