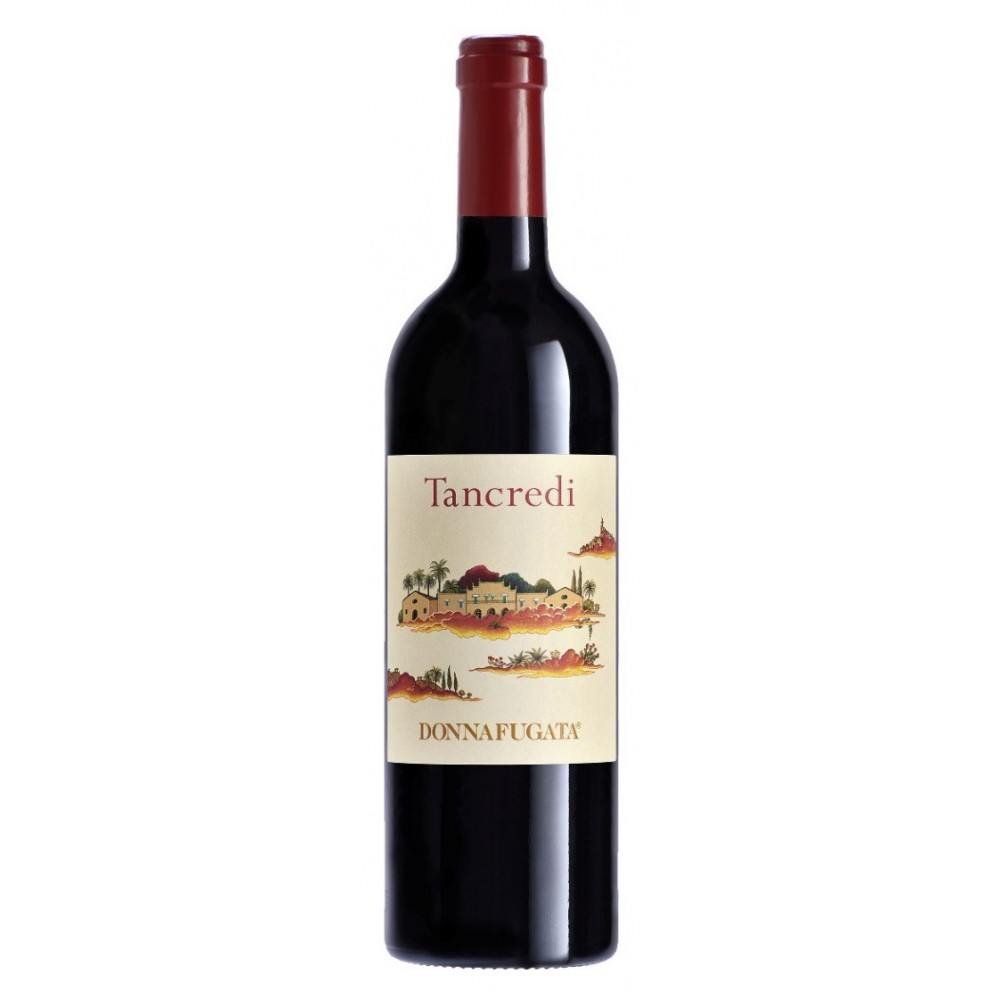 Elegance and balance in the glass! Well structured notes of licorice, cocoa, cherries and blueberries defy a sweet background and are also found on the palate. The Tancredi shows full, captivating and exceptionally resistant. Its aromas of wood are perfectly integrated, as well as the soft tannins.

GRAPES: Cabernet Sauvignon, Nero d’Avola; the blend is completed with Tannat and other grapes.

VINEYARD: counter-espalier farming with spurred cordon pruning, leaving 6 to 8 buds per plant. Plant density from 4,500 to 6,000 plants per hectare with yields of around 50 -60 quintals / ha.

HARVEST: manual harvesting in boxes with careful selection of the grapes in the vineyard. The grape harvest for Tancredi opened in the first decade of September with Nero d'Avola followed by the harvest of Cabernet Sauvignon and Tannat between the first and second ten days of September.

VINIFICATION: At the reception in the cellar, further selection of the bunches on the vibrating table and subsequent selection of the grapes thanks to a last-generation destemmer, able to discard the green and overripe ones. Fermentation in steel with maceration on the skins for about 14 days at a temperature of 28 ° -30 ° C. Aging for 12 months in French oak barrels (new and second pass) and at least 20 months in bottle.

FOOD & WINE: with steak, author's burger and game; also excellent on the Stroganoff fillet with mushrooms. It can be uncorked at the moment if served in large glasses, with a large mouth and good height. Excellent at 18 ° C.

DIALOGUE WITH ART: Do you remember Tancredi played by Alain Delon in the famous film that Visconti drew from "Il Gattopardo" by Giuseppe Tomasi di Lampedusa? This wine wants to represent its "revolutionary" elegance and ambition. The label presents an illustration by the artist Stefano Vitale who dedicated the work to Giacomo Rallo, visionary captain of Donnafugata. Contessa's cellar is there, in the clouds almost like a mirage. Top right, the beloved village of Sambuca di Sicilia where there are some vineyards that contribute to the Tancredi blend. There are just everyone, the places where the memory of man and his dreams become reality.