Located 35 km from Bordeaux, Saint-Émilion is a small medieval French town famous for its vineyards located on the right bank of the Dordogne river. Thanks to a temperate and oceanic microclimate, characterized by reduced temperature changes, by evenly distributed rains during the year and by hot and dry summers, Saint-Émilion is an ideal place for the cultivation of vines.

The first to pay homage to the wines of this area was Louis XIV exclaiming "Saint-Émilion, nectar of the gods". Various aspects contribute to making these wines highly appreciated:
- the attention of winemakers towards sustainable development to preserve the environment and ensure quality. Thanks to the attention of the winemakers to their territory, in 1999 Saint-Émilion and its vineyards were listed as a UNESCO World Heritage Site, recognizing the perfect interaction between human work and the landscape;
- the exceptional variety of terroir on which the vineyards are grown;
- the wise fusion of the different vines. The three main varieties are Merlot, Cabernet Franc and Cabernet Sauvignon.
Cultivated on clay soils, Merlot quickly fruits and gives the wines color, softness and spicy and fruity aromas, in particular red fruit: strawberry, black currant, blackberry, raspberry, black currant and even cherry. It lends itself very well to aging in barrels, from which it incorporates woody, spicy and vanilla aromas. The higher percentage of Merlot in the blend offers refined elegance that is not without simplicity.
Cultivated mostly on calcareous soils, Cabernet Franc matures about two weeks after Merlot. It gives the wine freshness, a slightly spicy aromatic delicacy, a very suggestive tannic structure and makes it well suited to aging.
Cultivated on hot and dry soils, such as sandy gravel, Cabernet Sauvignon is a late fruit grape variety that gives spicy and multilayer notes, strengthens tannins and improves the aging ability of the wine. 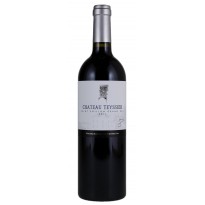 Out-of-Stock
Chateau Teyssier is one of the best selling Grand Crus Saint Emilion. Produced from Merlot and Cabernet Franc grapes and aged in French oak, it is a rich, velvety and spicy wine.
€30.00
Details View details 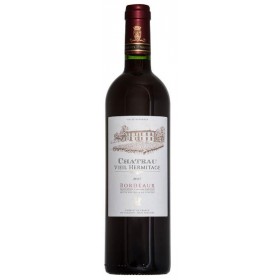 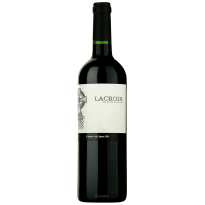 Lacroix is a Superior Bordeaux produced by the merger of Merlot and Cabernet Franc. It is an elegant, velvety and fruity wine with a ruby red color.
€14.00 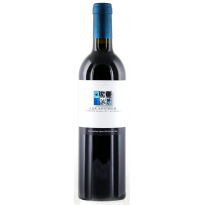 Out-of-Stock
Les Asteries was the first of Saint-Emilion's micro-cuvée wines and is produced from eighty-year-old vines that survived the devastating frost of 1956.
€150.00
Details View details 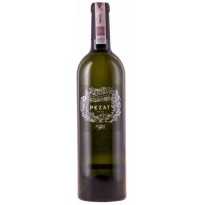 Pezat Blanc is a dry white Bordeaux produced from Sauvignon Blanc grapes with the addition of Muscadelle which gives it an exotic note. It is a fresh and fruity wine with a refreshing finish.
€15.00